How does surrogacy work?

“Congratulations, you are now parents”. This announcement was made millions of times around the world in the past year. These millions of smiling and crying babies have made the dreams of men and women come true. Millions of new and exciting lives, destined to change the world. However, there are still so many people who dream of starting a family: heterosexual couples with fertility problems, same-sex male couples, single men and women, all who’s only remaining hope at becoming parents is via surrogacy.

Gestational surrogacy is allowed in various countries including the USA, Ukraine, Russia, Georgia, UK, and Greece.

The various stages of a surrogacy journey.

The average surrogacy journey is approximately 18 months. In the case of an unsuccessful embryo transfer or miscarriage, the process can naturally take longer.

The Intended Parents may undergo genetic tests if they wish to. Sperm deposits will be done at a local clinic or one of our international partner clinics, depending on the plan you have selected.

2. Choosing an egg donor (if needed):

The Intended Parents can select from a range of donors, all who have passed a meticulous psychological and medical screening process that includes blood tests, a lengthy interview, and genetic tests. The donors are mostly anonymous; however, the donor profile will always include regularly updated current photographs.

At this stage, the Intended Parents will have the opportunity to meet their surrogate for the first time, either face to face or via a Skype/WhatsApp scheduled video meeting. All surrogates undergo a meticulous psychological and medical screening process. We will always match you with the most suitable surrogate, based on your personal needs and requests. Whilst waiting times for surrogates do vary from country to country, we anticipate you being matched with a surrogate within 3 months.

There are various medical procedures performed at different stages of a surrogacy journey that all correspond to the needs of the Intended Parents. Some Intended parents will require donor eggs and/or donor sperm, whilst others may use their own frozen embryos. In any case the IVF procedure involves sperm fertilizing an egg to create an embryo. The fertilized egg is developed over 5 days (blastocyst) and then either transferred in to the surrogate or frozen to be used at a later date. It is also possible to perform a Pre-Genetic Screening (PGS) test on the embryo. PGS is recommended as it can detect Down Syndrome, Cystic Fibrosis, Tay Sachs and many other diseases and defects. Once an embryo has been tested it will be graded and according to the parents’ wishes and the surrogate’s approval, one or two of the highest quality embryos will be transferred to the surrogate. It is important to note that in recent years, fertility specialists recommend transferring only one embryo at a time as there are many risks associated with twin pregnancies.

The surrogate shall undergo the standard pregnancy tests in accordance with the protocol commonly used in the country she resides in. Today, there are few differences between pregnancy protocols in the USA Vs Ukraine Vs Georgia Vs Albania. In the USA, Intended Parents will be updated on the progress of the pregnancy directly by their surrogate, whereas in Albania, Georgia and Ukraine the pregnancy test results and any other updates shall be issued to the Intended Parents by a Tammuz representative. The baby is born in either a private or a public hospital.

The legal processes will also vary from country to country. In the USA and Albania, the baby will be entitled to a U.S./Albanian Passport, which then allows the baby to travel home with their parents on a tourist visa. Intended Parents will usually have 90 days to then apply for citizenship by descent in their home country, which in some cases will require a DNA test to be performed. Babies born in Ukraine are not entitled to a Ukranian passport. Therefore, the process of getting out of the country and safely back home can be much longer. Intended Parents are required to apply for citizenship and a passport whilst in Ukraine. This can take up to 8 weeks.

Commercial surrogacy can be a very expensive undertaking and the costs will vary from country to country. We offer Guarantee Plans that cost between USD$115,000 to USD$135,000 in the USA, a range of plans in Ukraine and Georgia ranging from USD$46,500 to USD$61,000, and a plan in Albania that costs 69,000 Euros. 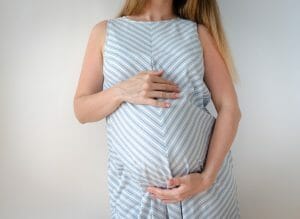 What are the Options for Financing a Surrogacy?

The surrogacy process can be expensive owing to the involvement of the numerous people and services offered, including the surrogate’s long time commitment, legal complexities, 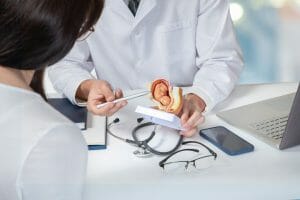 What is The Success Rate of IVF on the First Try?

Infertility is a complicated crisis affecting up to 15% of couples who are trying to conceive. Depending on your specific situation, several infertility factors can

Surrogacy is a life-altering decision for any couple, irrespective of their sexualities. Having a thorough understanding of the procedure is what every parent should indeed consider.

Surrogates
routes and costs
discover you route
costs
surrogacy in the usa
surrogacy in ukraine
surrogacy in georgia
surrogacy in mexico
surrogacy in colombia
faq
donors
our processes
how do we work?
for gay couple
for single parents
for hiv+
discover tammuz
about us
DOron's letter
why tammuz?
our families
blog

We use cookies on our website to give you the most relevant experience by remembering your preferences and repeat visits. By clicking “Accept All”, you consent to the use of ALL the cookies. However, you may visit "Cookie Settings" to provide a controlled consent.
Cookie SettingsAccept All
Manage consent

This website uses cookies to improve your experience while you navigate through the website. Out of these, the cookies that are categorized as necessary are stored on your browser as they are essential for the working of basic functionalities of the website. We also use third-party cookies that help us analyze and understand how you use this website. These cookies will be stored in your browser only with your consent. You also have the option to opt-out of these cookies. But opting out of some of these cookies may affect your browsing experience.
SAVE & ACCEPT
Powered by