For many years, Christie had thought of becoming a surrogate and then one day, out of the blue, she turned her thoughts in to a reality. “My love for my family was the deciding factor in my decision to become a surrogate”, she said from her home in Wisconsin. “I can’t imagine my life without children and I also can’t imagine what it would be like being told you were unable to have children… I think it is my desire to help others that has laid the foundations for an incredibly special bond between me and my Intended Parents (IP’s)… My siblings are twins; therefore, I was always fascinated with the idea of carrying twins. When I announced my plans to become a surrogate to my family naturally my parents were concerned, however, as soon as they learnt more about the process, their concerns manifested in to a sense of genuine pride and they could not wait to meet my Intended Parents.”

Christie has been married for six years to her husband Todd. They have one son together and are also raising the two children from his previous marriage. “Todd has two boys aged six and eight from a previous marriage and we have a three-year-old son of our own. We see ourselves as a team, and together we encourage the boys to help out as much as they can… The world would benefit from a little more generosity”, she said.
In most cases, surrogates have to educate their partners on the overall surrogacy process, and it takes time before the partners are fully on board. However, in Christie’s case, Todd knew how much Christie loved being pregnant with their son, and he also knew in his heart that it was something she wanted to do – to give the gift of life to another family.
(video of Christie) https://www.youtube.com/watch?v=7GMgoU9P51E&t=14shttps://www.youtube.com/watch?v=7GMgoU9P51E&t=14s
After Christie had completed her medical and psychological examinations and was officially cleared and approved to be a surrogate, she received a profile (video introduction) of the IP’s, Zeev and Lior. Soon after, a Skype meeting was organized and both parties agreed that there was an instant connection. From here, things flowed naturally, and they began to develop a strong relationship. “It is a life-changing experience, and we are now best friends. I feel proud that Zeev and Lior are now part of my family. It is a wonderful feeling, indescribable”.

What is the most exciting thing about being a surrogate?

“The most exciting thing about being a surrogate was seeing the looks on Zeev and Lior’s faces when we reached certain milestones throughout the pregnancy, such as the scans and hearing the baby’s heartbeat for the first time”.

What did you find challenging?

“The challenge lies in the uncertainty and the unknown. You can’t promise your IP’s that something won’t go wrong. We learned early on that in between the major checkups no news was good news and that as long as I was feeling healthy both in mind and spirit, then we would celebrate each day”.
Throughout the pregnancy, Christie maintained a healthy lifestyle and attended all of the standard medical appointments and tests. “I set myself a goal of staying fit and exercising regularly so the babies would be safe and healthy… Everyone was so supportive…”.

The anticipation of the birth was exciting for all parties involved. “I was so happy when the babies were born, and their fathers could hold them for the first time. Of course, it was not easy parting with everyone when they went home, but I know how well the babies are being taken care of.”

The issue of surrogacy is controversial. There are those who claim that the women seeking to become surrogates are exploited and harmed. It is important for Christie to clarify that “although there have been cases reported in third world countries of surrogates being exploited, here in the USA, we are loved and adored by our IP’s, their families, the fertility clinics, and pretty much everyone who learns about our journey. The fact that we are put through a multi-level psychological screening test and a meticulous medical screening process, I’d say we are far from being exploited, quite the opposite really. I don’t understand why some people oppose surrogacy, and view it as damaging to women. This is the ultimate way to help and give back to another family. What is wrong with that”?

What would you tell a woman reading this article and considering becoming a surrogate?

“I encourage any woman considering becoming a surrogate, to just go and do it. Do your research first and then officially submit an application. It is a life-changing journey that will bring immense joy to you and those around you.”

Is there any last thing you would like to say to the children – Adi and Nevo?

“You are two incredible miracles and are loved by so many people.” 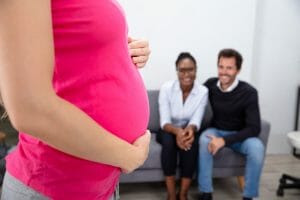 The 6 Different Types of Surrogacy You Need to Know

Surrogacy isn’t one-size-fits-all. Therefore, you must educate yourself about the different types of surrogacy that are possible.  However, with the advancing surrogacy practices and laws, 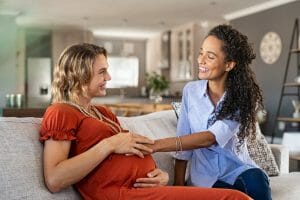 How Are Surrogate Mothers Screened?

Finding a great surrogate is a critical yet challenging part of the surrogacy journey. You may be skeptical about partnering with a stranger to help 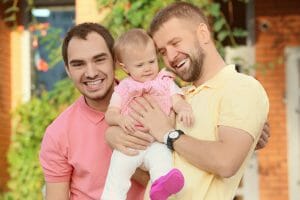 Every person has a right to parenthood. However, it is more difficult for LGBT couples to become parents as compared to traditional heterosexual families. Plus,

Surrogates
routes and costs
discover you route
costs
surrogacy in the usa
surrogacy in ukraine
surrogacy in georgia
surrogacy in mexico
surrogacy in colombia
faq
donors
our processes
how do we work?
for gay couple
for single parents
for hiv+
discover tammuz
about us
DOron's letter
why tammuz?
our families
blog

We use cookies on our website to give you the most relevant experience by remembering your preferences and repeat visits. By clicking “Accept All”, you consent to the use of ALL the cookies. However, you may visit "Cookie Settings" to provide a controlled consent.
Cookie SettingsAccept All
Manage consent

This website uses cookies to improve your experience while you navigate through the website. Out of these, the cookies that are categorized as necessary are stored on your browser as they are essential for the working of basic functionalities of the website. We also use third-party cookies that help us analyze and understand how you use this website. These cookies will be stored in your browser only with your consent. You also have the option to opt-out of these cookies. But opting out of some of these cookies may affect your browsing experience.
SAVE & ACCEPT
Powered by